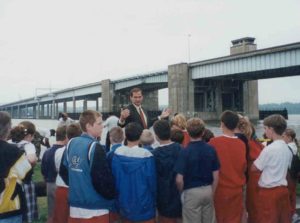 During a decade and a half of evolving communications challenges, our team helped transform the public reputation of the Woodrow Wilson Bridge Project from a magnet for controversy to a regional point of pride.

Our team’s work was recognized with a Public Relations Society of America “Thoth Award” for outstanding community relations.