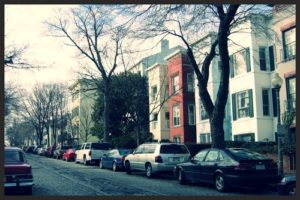 On behalf of the District of Columbia Department of Transportation, the UM team led a highly successful public outreach effort for the 18-month reconstruction of six blocks of O and P Streets, NW, in the Georgetown section of Washington, D.C. Complicating the job was the reality that historic cobblestones and streetcar rails that were central to the reconstruction had been the subject of decades of debate and legal action. Additionally, the elite Georgetown neighborhood, which counts U.S. senators and secretaries of state among its ranks, is populated by individuals accustomed to getting their way.

Delivering the improvements in the dense row-house neighborhood imposed enormous impacts on residents, schools, businesses and travelers and had major potential for a contentious relationship with residents. With UM helping our client engage affected neighbors early, often, innovatively and intensively, we helped DDOT forge a positive working relationship with neighboring residents.

The tactics we designed and executed included: