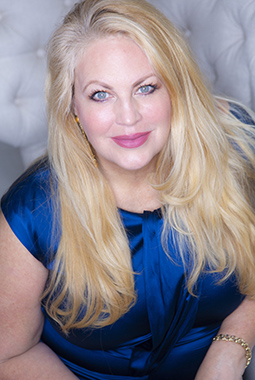 Alexandra Boos is a PR expert, talent developer and manager who is currently most known for her role in developing the career of Rosie Mercado, plus-size model and host of Face the Truth talk show, produced by Dr. Phil and CBS.

She developed her own name and connections in the fashion and entertainment industries as a Ford model and early pioneer of plus-size modeling, well before the trend had tipped in the media.

In 2014, Alexandra was the center figure in the New Yorker’s groundbreaking feature article, “The Plus Side,” on the then-new trend of plus-size modeling. During her career, she shot for Saks Fifth Avenue, Nordstrom’s, & Tommy Hilfiger. She has also modeled on The View, the Today Show, CBS This Morning, and has spoken about the plus-size industry on such shows as the Ricki Lake Show, the Montel Williams Show, and Good Morning America.

As the Director of the curves division of a modeling agency in New York, Alexandra signed Rosie Mercado. She then left the agency and developed her own unique methodology for talent development, focusing on the spiritual, heart-centered and mission-driven aspects of the talent’s persona as well as their look. Applying the methodology to Rosie as a talent manager, Alexandra helped Rosie’s career develop from near-obscurity to household name.

For the first time, Alexandra is beginning to teach her proven methodology to a select group of talent in the fashion and entertainment fields.